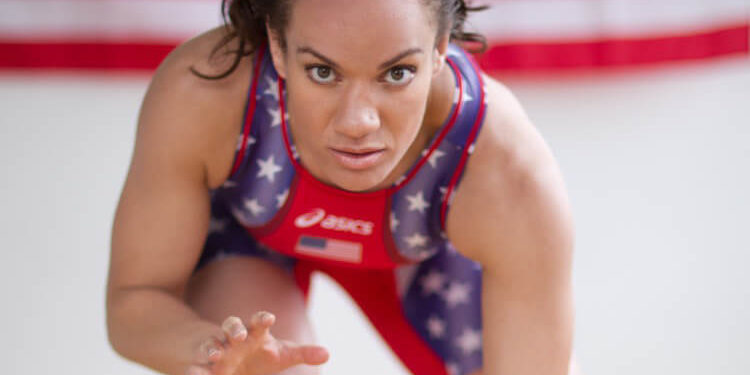 Kelsey Campbell started wrestling in 2002, during her junior year of high school—but only after she was dared to join the wrestling team. At the time, she didn’t even know girls wrestled, but she was trying to prove that she could last two weeks on the team. Today, she trains at the elite level and competes around the world. “I guess I won that dare,” said Campbell.

Campbell was the first female wrestler to compete for Arizona State University, where she won two NCAA women’s titles. She also trains with the US national team and competed in the 2012 London Games. Campbell strives to improve as an athlete and someday win a gold medal in the Games, but she is grateful for all that she has already achieved. “It is something not everyone could pursue,” Campbell explained. She faces the challenges of her wrestling career with her head and hopes held high.

Outside of wrestling, Campbell enjoys singing, dancing, and writing music. She also coaches camps and clinics, and works full-time.

“When there is nothing tangible to fall back on, you learn to make a decision every day not to fall.”