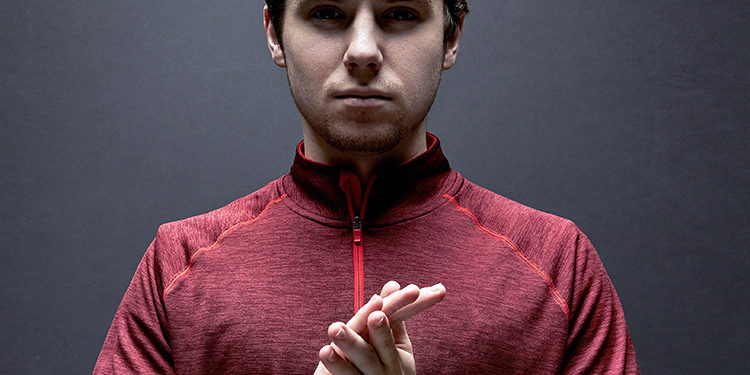 A Quick Rise in a Quick Sport

Ryan Pivirotto was riveted to the television watching the Speed Skating finals of the Games in Vancouver in 2010. He was a hockey player and loved competing, but watching Apolo Ohno dominate in the controlled riot on ice called Short Track Speed Skating was all it took to hook Ryan. His mother took him to a club in Connecticut and he fell in love with the sport. “I still remember the feeling of touching the ice with the new blades for the first time, and feeling like a new athlete. I fell in love with this sport from my first practice, and I have had the same love for the sport amidst its ups and downs through my career.”

Ryan was a quick learner and quickly rose up through the ranks of the American leader boards. He reflected: “After only three years of competing, I was able to qualify and compete for the US team in Sochi in 2010. The following year, I made my first Senior World Cup team, and I have been competing at the international level over the past four years. In the spring of 2016, I made the decision to train overseas in South Korea. This decision has immensely improved my abilities and allowed me to accomplish my goal of becoming a member of the US team competing in PyeongChang in 2018.”

Ryan’s quick rise and great accomplishments are a credit to his grueling training schedule. He trains six days a week, four of which include two four-hour sessions. He rotates his training between volume, speed, and recovery. “The most challenging aspect of competing in this sport is how to handle your mental strength at competitions,” says Ryan. “I am and will always be a competitive person. I challenge myself each practice to push my limits and learn from my mistakes. My teammates and coach motivate me to keep pushing myself when I don’t think I have any more left to give.” Ryan acknowledges the fine balance of the physical and mental aspects of his sport and adds, “Nutrition is the backbone of every athlete’s regimen; if they do not have the proper nutrition, their bodies will not have the energy to perform at their best or have the necessary nutrients to recover in between training sessions.” Ryan has learned to balance it all quite quickly in a sport that is a frenzied and furious race to the finish.

“Nutrition is the backbone of every athlete’s regimen; if they do not have the proper nutrition, their bodies will not have the energy to perform at their best or have the necessary nutrients to recover in between training sessions.”