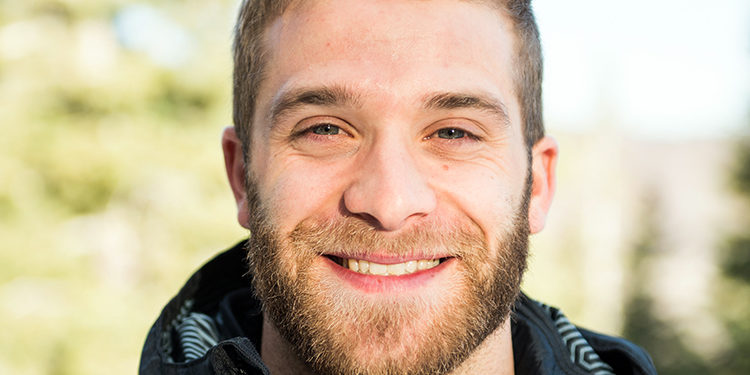 Pushing a four-man Bobsled requires power, precision, and speed. Sam Michener, of Gresham, Oregon, possesses all those qualities in abundance. As the brakeman for the US team, Sam is responsible for the last extra push that sends the sled screaming down the track at speeds up to 90 mph. Sam reflected on his Bobsled beginnings: “I ran track at the University of Idaho from 2005 to 2011, where I was a nationally ranked 100-meter sprinter. After my collegiate career, I was recruited for the US Bobsled team and found I had a talent for the sport. I moved to the Training Center for elite winter athletes in Lake Placid, New York, and my Bobsled career began.”

Sam’s regimen of weights, sprints, and yoga, seven hours a day, six days a week, helps him stay in top form. Bobsled is a punishing sport—spectators can see the athletes’ bodies shake from the five-G forces of intense pressures exerted in the curves, and the unseen battle in the sled of four large men with razor-sharp spikes on their feet trying to remain as compact as possible without seeing where they’re going. Sam knows the importance of nutrition to fuel his hard-working body. He says, “As a child, I grew up on the Shaklee multivitamin, and in my professional career, I use the Vitalizer supplement.” Sam also credits his parents with being instrumental to his success by their example of hard work and always supporting him in achieving his dreams.

Sam enjoys opportunities to speak to youth in middle schools, sharing with them insights on how to find success in life. He says, “I have always been a competitive person and I have always believed that hard work, sacrifice, and dedication will set you apart from the competition. Competing and winning at the highest level has always been my dream and I have worked my entire life to achieve this.”

“As a child, I grew up on the Shaklee multivitamin, and in my professional career, I use the Vitalizer supplement.”